Top 10 Interview Tasks You Should Be Using 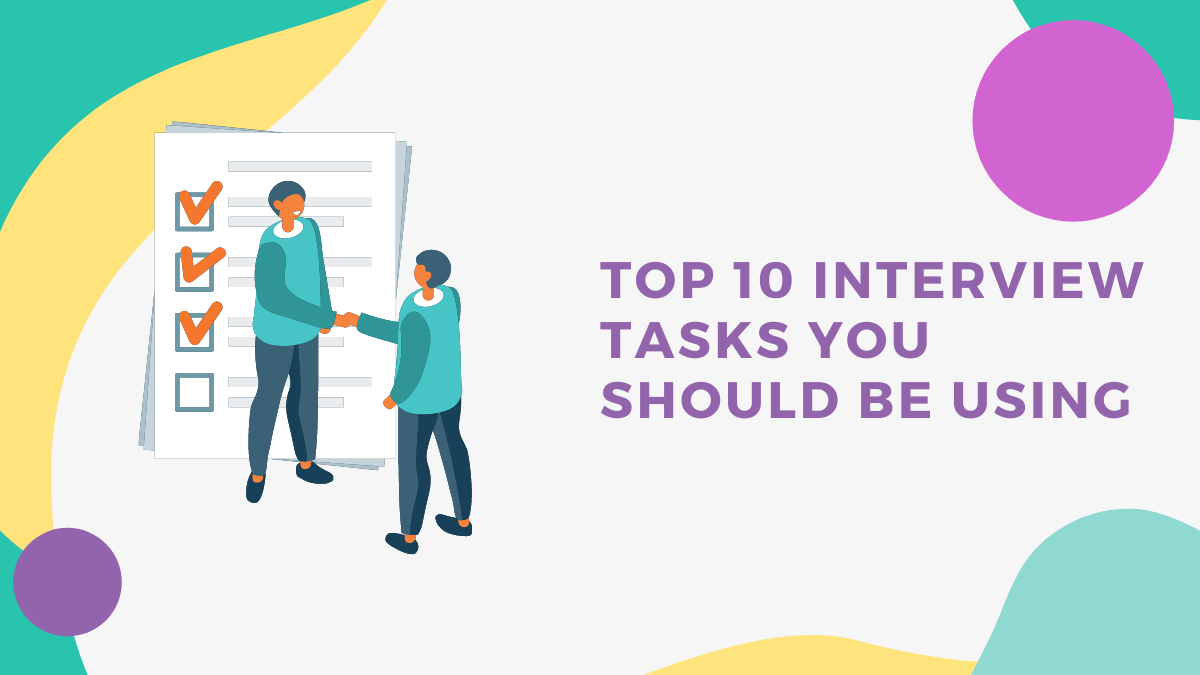 Choosing the right candidate for a job can be difficult, especially when there is a large volume of applications to go through. Sometimes, the task doesn't get any easier, even after you've whittled it down to your top few candidates. If you're involved in the recruitment process, no doubt, you'll be able to relate to these circumstances.

But are there better ways to determine the best from the batch? Whether you're looking to weed out unsuitable candidates to reduce an overwhelming candidate pool or trying to pick the right one from a small number of candidates left who are all equally suited for the job, it's time to consider some creative screening methods that can really reveal the Ace in the pack.

More and more companies today are using interview tasks to thin out the herd, and the results speak for themselves!

Here is our list of top tests that can be done during task-orientated interviews:

Fixing tests come in the form of setting a task for the candidate where they are required to fix something. These are practical problem-solving tasks that can sometimes simultaneously test technical skills.

Additionally, they also give you a chance to see how a candidate approaches a typical problem they may face in the position and how they handle working under pressure.

This is a very common test used for programmer positions, where candidates are given a piece of flawed code. They must locate the errors and rectify them in the allotted time to make the code fully functional.

Another popular test is the simulation test, where candidates are placed in a scenario that replicates a likely situation in the job role. These tasks often require candidates to tackle a high volume workload in a short space of time, and the simulations can get even more complex when curveballs are thrown into the mix, like an unexpected phone call or a sudden change of plan.

One common example is the in-tray task, which features an overflowing email inbox given to the candidate. They are then tasked to respond to all emails before a meeting is about to start.

Take notes on how the candidate copes under pressure and what approach they may take. Are they methodical? Calm? Hesitant? Have they come up with a solution outside the box?

In some ways, similar to the simulation interview task, role play entails candidates reacting to a certain work scenario. This is most widely used for jobs where excellent customer service skills are necessary, either over the phone or in a face-to-face capacity.

Interviewers will generally assume the role of a customer, perhaps disgruntled or confused, and the candidate will need to handle the query. Their performance will be a reflection of how they will likely handle queries in a real work situation.

This task has been known to throw a candidate off-kilter, and interviewers could be surprised too by the answers they get. In the role reversal task, the tables have turned, and the candidate is asked to evaluate the interviewer by listing some pros and cons and elaborating on them.

It's a pretty bold move, but it can expose the depth of your candidate's character, attention to detail, people perception, improvisation, and most importantly – their levels of diplomacy.

Candidates who may be overbearing or blunt in their evaluations are likely at risk of being a problematic hire. On the other end of the spectrum, candidates who are too shy or trepidatious to be fully honest show a lack of assertiveness and are likely to hold back a team.

If you want to know more about your candidate as a person, you may want to apply the show-and-tell method in the interview stages. This method requires a candidate to bring in an item that best represents their personality. They are asked to explain why they chose this item during the interview.

By paying attention to the choice of item and why they chose it, you may gauge more information into their personality. Was this item related to a hobby or passion? Was the item used to represent a key strength or specific personality trait?

Additionally, this method also gives you a preview of the candidate's aptitude for communication and sales ability.

For positions that require a high degree of communication and presentation skills, candidates may be asked to prepare a presentation on a given topic either beforehand or on the spot. They will have to give the presentation during the interview.

For spontaneous presentations, the topic is usually left up to the candidate to decide. This will test their creativity and improvisational skills.

This task can also reveal how in-depth the candidate knows their stuff. Einstein once said: "If you can't explain it to a six-year-old, you don't understand it yourself," therefore, candidates could be tasked to explain a complex concept in a relevant field of expertise, as simply and as clear as possible.

Presentations can also be done in group task-oriented interviews to assess the teamwork abilities of a candidate.

Candidates are asked to describe a certain color to a blind person. This may be a baffling one to most candidates because it seems completely unrelated to the job, making it all the more informative for an interview. It aims primarily to test effective communication skills and can also give a better idea about a candidate's creativity.

You can ask them to describe one or more colors and note how they achieve this brain-tickler of a question. Do they describe colors based on associated emotions? If so, what kind?

Candidates are asked what a pizza delivery man could do with a pair of scissors. This is an infamous question that is reportedly asked by tech giants Apple.

There are numerous variations of this question, usually asking about how many uses of a specified object can the candidate can come up with.

Examples of other open-ended task questions are:

All of these questions are designed to test improvisation, analytical thinking, problem-solving, and creativity.

This task and other brain teasers like it are frequently asked during task-oriented interviews. The river crossing puzzle is designed to test problem-solving ability, and its origins date back to ancient Roman times.

Candidates are asked to figure out the optimal way to transport a Chicken, Fox, and a bag of seeds across a river provided that:

Unlike some other questions on this list, this question is solvable; there are actually two possible solutions!

This may stump a candidate at first, especially those who have never come across similar problems before. But most people are able to solve the puzzle eventually. The speed at which they solve the puzzle is an indicator of their propensity for problem-solving and analytical thinking. Observing their approach to the puzzle might also give you insight into their thought process.

There are also numerous versions of this question, and the difficulty rises as the number of items involved increases.

Candidates are given the role of an angel investor. Their task is to save a failing business, and they are given a set budget and a list of current problems the business is facing.

They are given a set time to formulate an outline for a business strategy that can turn things around for the fictitious business. They will then need to explain the implementation of the business strategy and be prepared to answer follow-up questions.

Additionally, they may be told that they have to set aside some of the budget to invest in a business niche of their choosing and why they chose that niche.

This task can give interviewers insight into the candidate's business acumen or lack thereof. For example, a candidate may choose to invest in something simply because they have a personal interest in it, though this can also be noteworthy in revealing character and hobbies.

Why We Love These Interview Tasks

Task-oriented interviews are gradually becoming a staple during the recruitment process for a variety of job positions. In fact, traditional question-and-answer interviews have come to be a rarity in recent times. What began as a practice among fortune 500 companies is now being used ubiquitously.

With candidates getting better at preparing for interviews, it is unsurprising to find that traditional questions just aren't cutting the mustard anymore in the decision-making process. Recruitment teams need to look for more effective ways to assess candidates accurately, whether on their true character, cultural fit, problem-solving, technical, or improvisational skills.

Adding this extra step to the interview could just be the trick you need in separating the wheat from the chaff and save you from hiring the wrong candidate or missing out on a hidden gem.

If you liked this article, browse for more just like it, right here on Talenteria - the #1 resource for recruiters! 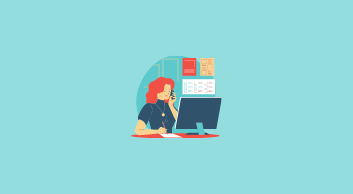 Before the age of the internet, job boards were physical wooden notice boards located in central...
Read more 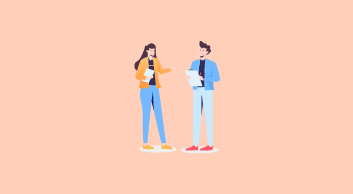 How to Cultivate an Awesome Employee Onboarding Program - With Examples 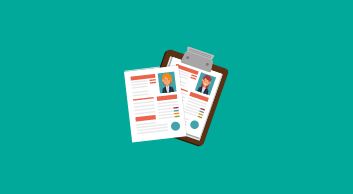 Top Tips for Being a Good Interviewer

Interviews are a crucial step in the recruitment process as the insights gained from interviewing...
Read more 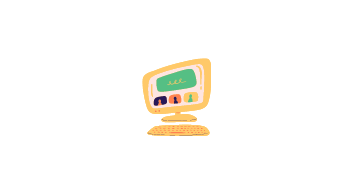 In recent years, there's been a trend on a consistent rise. It's shaking things up in the HR...
Read more 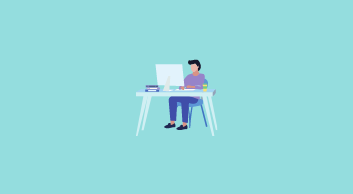 At the turn of the 21st century, the tech industry boomed, and the reliance on technology in all...
Read more 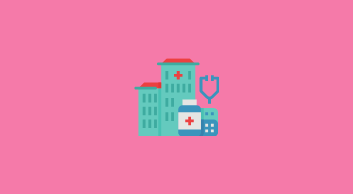 How to Strengthen Your Recruiting Process in the Healthcare Industry

The healthcare industry is one of the biggest industries in the world, and recruitment for it has...
Read more

Summarize Your Unique Value With a Cover Letter

Facebook recruiting: How to Create a Strategy That Brings Results

Applicant flow data as an Essential Statistical and Record-Keeping Tool

Get more HR trends, news, tips and guides with our newsletter 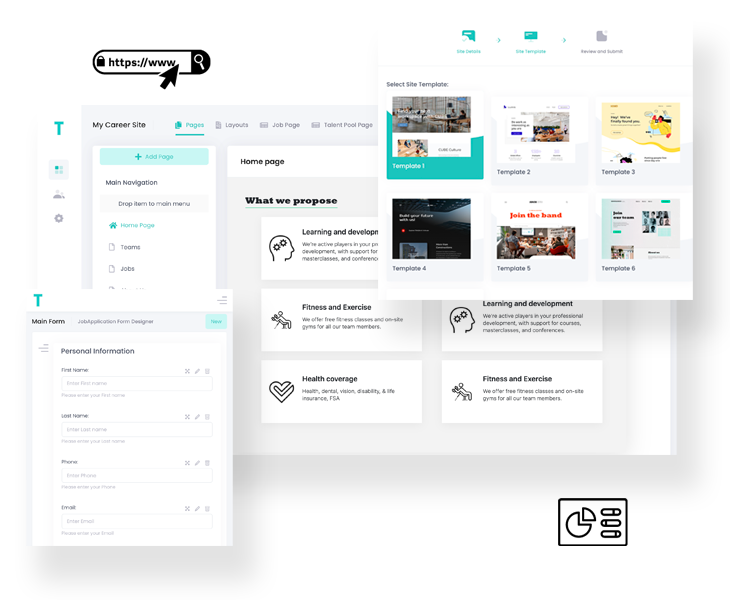 Convert potential candidates into real applicants in your pipeline with Talenteria.